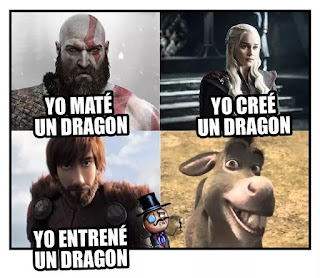 Posted by John Coffey at 7:17 PM No comments:

Re: Fw: This will make you smile

Good one.
On Mon, May 13, 2019 at 10:51 PM al <algrotz> wrote:
The Pope met with his Cardinals to discuss a proposal from Benjamin Netanyahu, the leader of Israel.

"Your Holiness", said one of his Cardinals, "Mr. Netanyahu wants to challenge you to a game of golf to show the friendship and ecumenical spirit shared by the Jewish and Catholic faiths."

The Pope thought this was a good idea, but he had never held a golf club in his hand. "Don't we have a Cardinal to represent me?" he asked.

"None that plays very well," a Cardinal replied. "But, there's a man named Jack Nicklaus, an American golfer who is a devout Catholic. We can offer to make him a Cardinal. Then ask him to play Mr. Netanyahu as your personal representative. In addition, to showing our spirit of cooperation, we'll also win the match."   Everyone agreed it was a good idea and the call was made.

Of course, Nicklaus was honored and agreed to play. The day after the match, Nicklaus reported to the Vatican to inform the Pope of the result. "I have some good news and some bad news, your Holiness," said Nicklaus.

"Well, your Holiness, I don't like to brag, but even though I've played some pretty terrific rounds of golf in my life, this was the best I have ever played, by far. I must have been inspired from above. My drives were long and true, my irons were accurate and purposeful, and my putting was perfect. With all due respect, my play was truly miraculous."

"Yes, I lost by three strokes to Rabbi Tiger Woods."

Not politically correct at all...

https://youtu.be/w1TKGtai7og
Posted by John Coffey at 4:22 PM No comments: 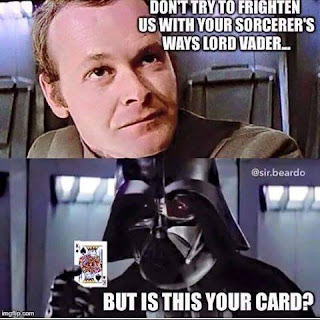 https://www.iheart.com/playlist/best-of-star-wars-312064750-UEKdmNHKQhtMCopCXkgMeX/
Posted by John Coffey at 7:13 PM No comments: